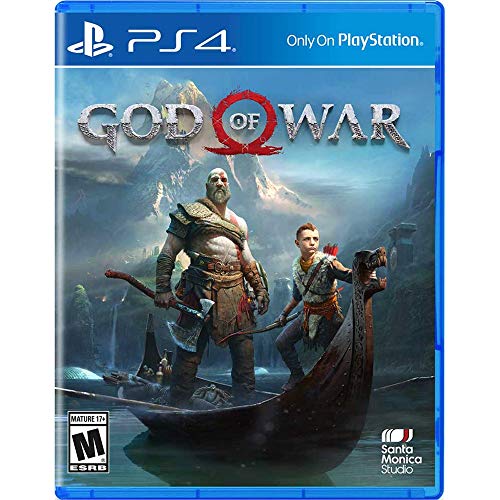 When it comes to the ongoing console wars, it's hard to deny the PlayStation 4's place as a contender thanks to its wide roster of AAA titles. From the cartoony hijinks of Ratchet & Clank to the edge of your seat action of the Uncharted series, Sony's PS4 has a little bit of everything for all players.

When it comes to gaming we certainly love the PlayStation, but if you are intimidated by its vast array of titles don't fear! We at CinemaBlend have done the heavy lifting and prepared you a list of our current faves!

God of War has to be the most action-packed, blood thirsty father-son adventure out there. Seriously. After his war against the gods of Olympus, Kratos grows a beard and finally settles down in the unforgiving tundra of the Norse Gods with his son Atreus. No longer a god himself, Kratos must work the land and hopes to teach his son how to do the very same. With monsters and wild animals around, there is plenty that can go wrong, but Kratos must pass down his knowledge to his son if Atreus is to survive on his own.

Switching from its typical frenzied melee combat style, this new installation of God of War features a more gritty and intimate style of combat that Dark Souls fans will enjoy. Players take control of the vulnerable but still mighty Kratos from a unique over the shoulder perspective that brings a new level of action to the series. Wield Kratos' powerful axe like the hammer of Thor as you decimate enemies in this white knuckled story-driven thriller.

There's just something about NBA 2K that brings the squad (and rivalries) together. A classic multiplayer game, 2K will have you and your buds throwing hi-fives or shade on the court.

As games become increasingly online-based, we love the classic 4 player local play still available with NBA 2K20. And even if multiplayer isn't your thing you'll still enjoy 2K's star-studded campaign that includes cameos from Idris Elba, Rosario Dawson, and classic NBA All-Stars like Shaquille O'Neal and LeBron James. With NBA 2K20 you also get the entire WNBA roster available to you for the first time! It's the must-have game for basketball fans.

Nathan Drake is back in this latest installment of the Uncharted Series. Taking place several years after the last game, Uncharted 4 finds Nathan Drake coming back out of retirement to settle the score one last time. Coaxed by his estranged brother and his girlfriend at his side, Nathan embarks on an adventure to find to Henry Avery's long lost treasure. Except this time the stakes are higher.

It's a plot fit for an Indiana Jones movie, except you're the one in the driver's seat. Control Nathan as you solve puzzles, shoot guns, and engage in thrilling melee and stealth combat in this thrilling journey for adventure and fortune. 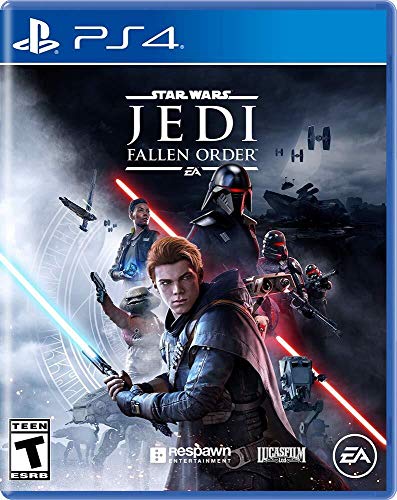 With the slew of Star Wars movies coming out it's hard not to miss out on all the action. Well, now you can finally live out the life of a Jedi from a galaxy far, far away.

Cinematically immersive, Star Wars Jedi: Fallen Order captures the same movie magic as the films but puts you in the middle of the action. Use the power of the Force to fight the Empire and wield your lightsaber for good. One new feature we especially love about Fallen Order is the combat system which includes dynamic parries, strikes, and dodges to outwit and outflank the enemy. As a former Padawan on the run from the Empire, it is up to you to fight for the rebel cause and revive the Jedi Order.

The fate of the galaxy rests in your hands! 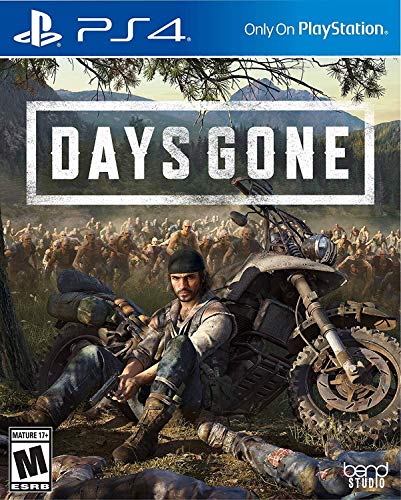 There are zombie games and then there is Days Gone. In a marketplace that has become inundated by the undead, Days Gone breathes new life, or should we say dread, into the zombie universe.

Introducing an expansive 3rd person play style, brutal sandbox combat, and a huge open world map, Days Gone brings unparalleled realism and detail to the genre. Play as Deacon St. John, a rough and tumble bounty hunter who discovers what it means to be human while fighting the undead hordes. See the Pacific Northwest reimagined as never before; desolate yet eerily beautiful wilderness overrun by mutated "Freakers".

Anchoring these brilliant graphics and gameplay of course is a story of heart, friendship, and survival in an unforgiving post-apocalyptic world.