Best Of The Bunch 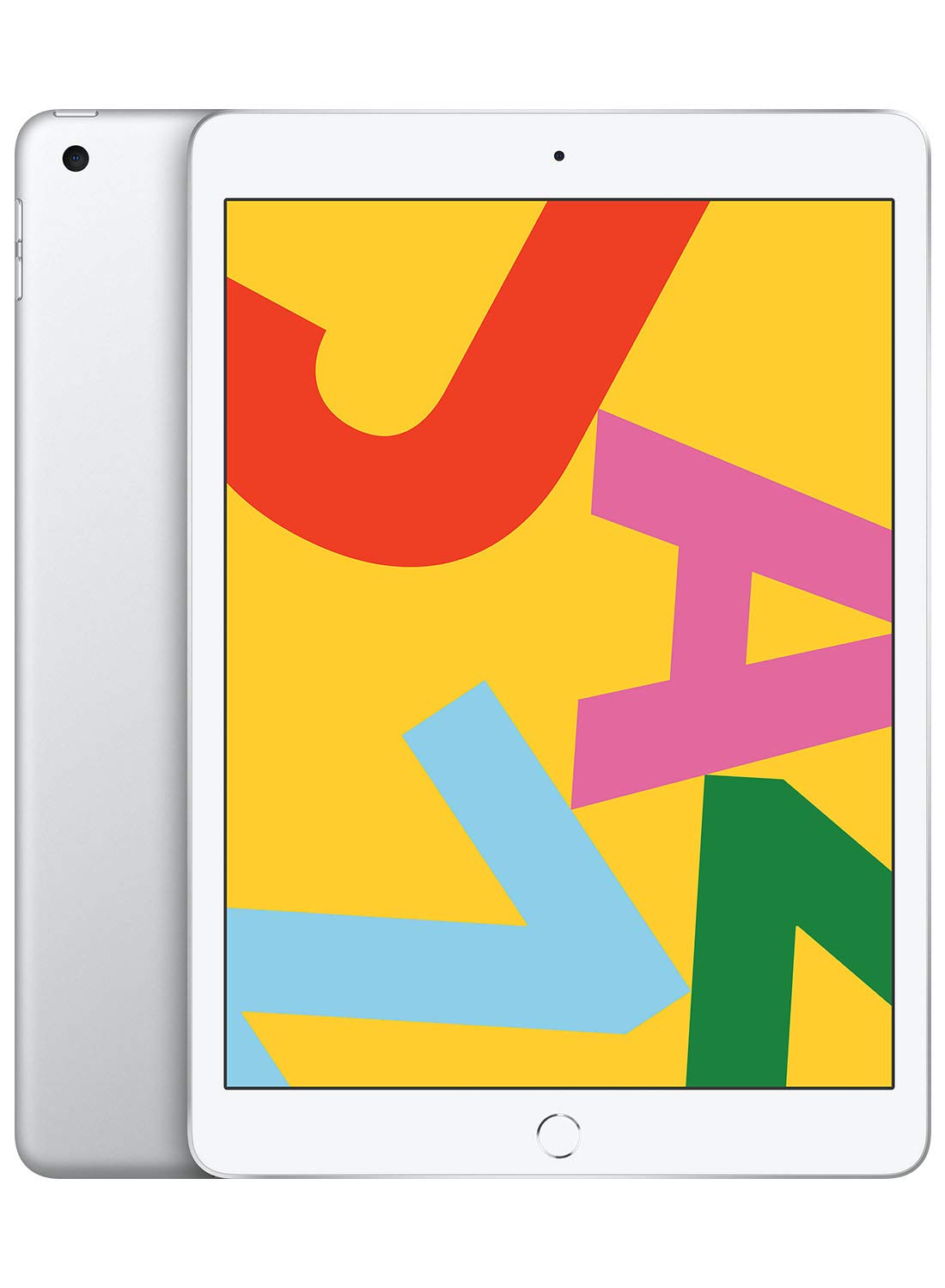 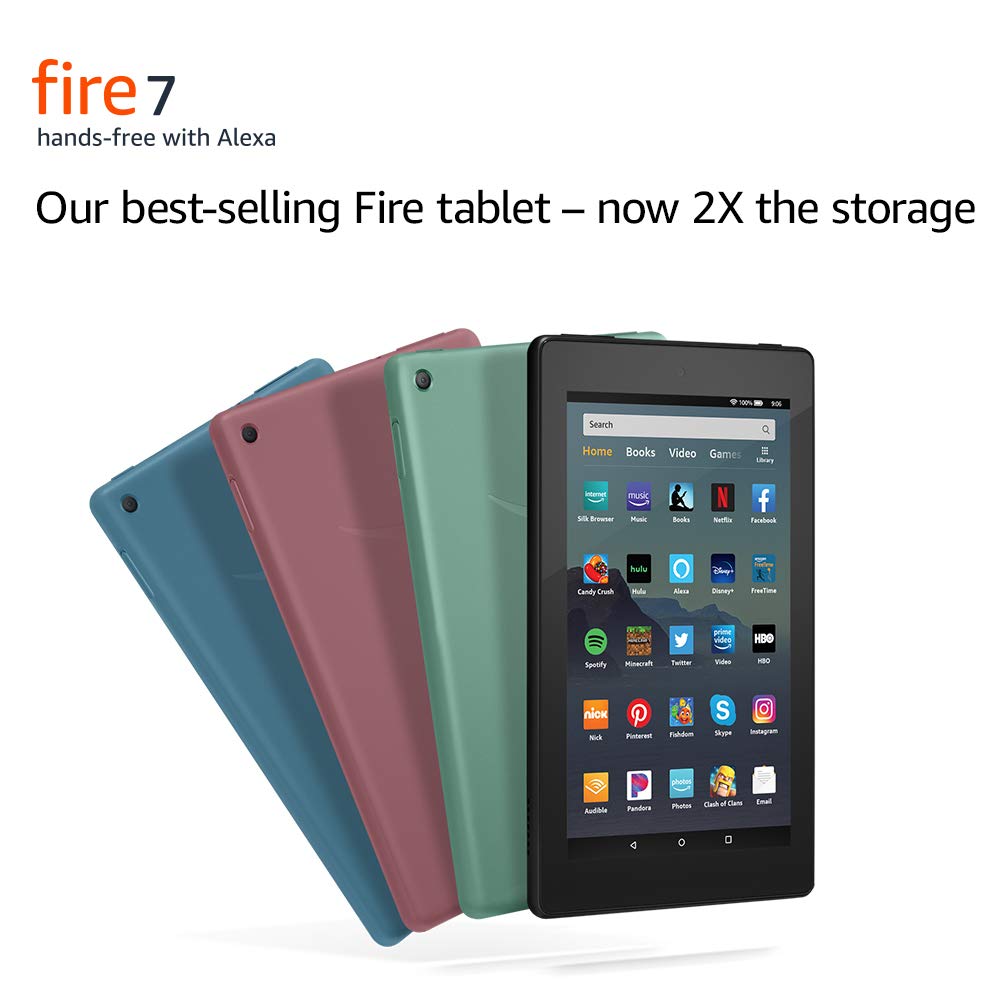 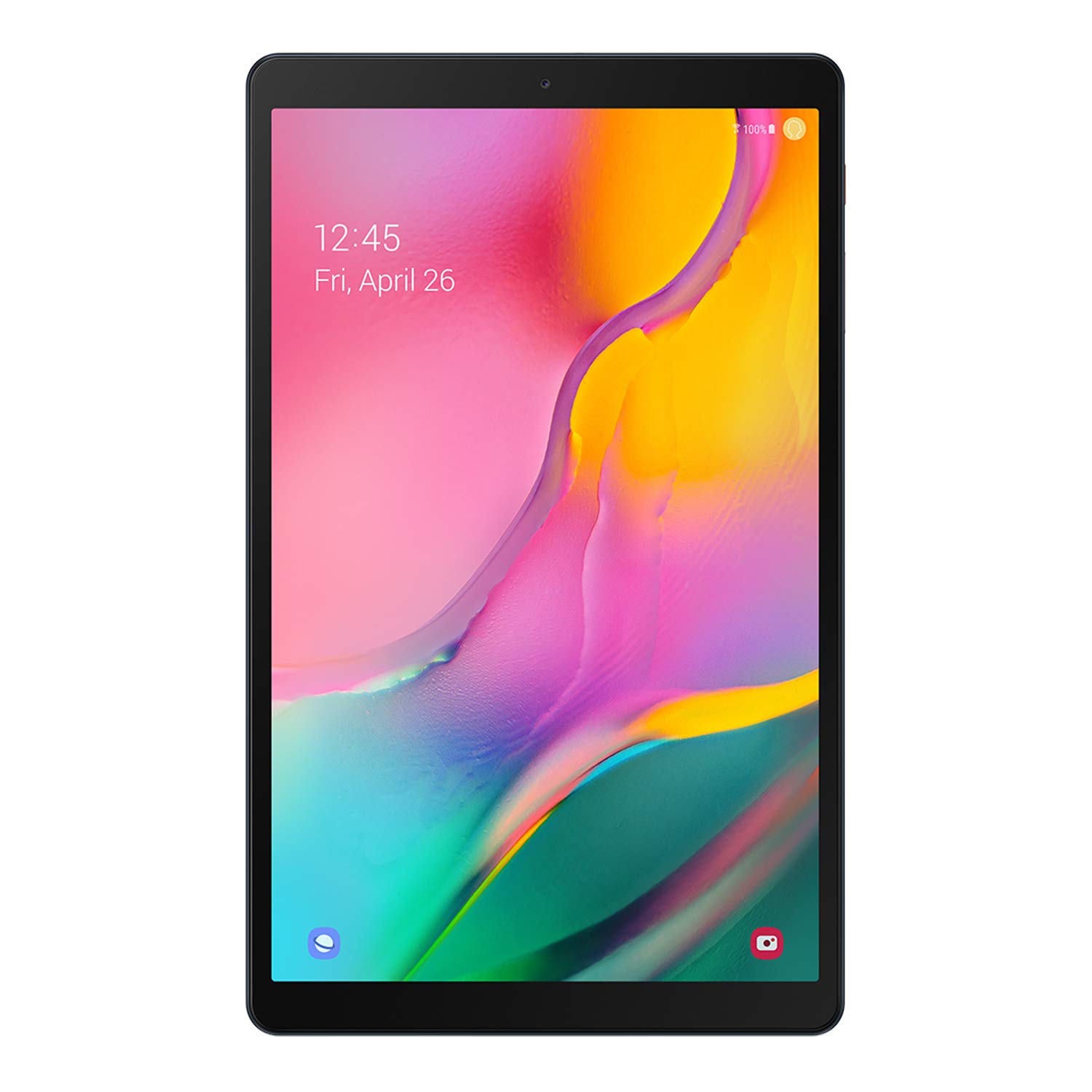 These days, the tablet is becoming vital for daily life. Serving as the perfect halfway point between the laptop and the phone, tablets are fantastic for streaming, watching movie trailers, and arguing with friends about movie trivia. There are a multitude of tablets out there, and prices range from thousands of dollars to just a few hundred. But which tablet is right for you? Will you be streaming? Just reading? Perhaps some light graphic design? Between resolution, processors, HDMI interface, and countless other options, sometimes tablet shopping can get a little dizzying.

Thankfully, we here at CinemaBlend are here to the rescue. We've put together the list of our favorite tablets and a helpful buying guide at the end. Enjoy!

Apple is the king of tablets for a reason. The incredible 10.2 inch retina display has a higher pixel density than traditional Apple displays, which already look fantastic.

The A10 fusion chip is a 64-bit ARM-based system on a chip and has 40% greater CPU performance and 50% greater graphics performance compared to its predecessor––this is a fancy way of saying this tablet is very powerful and can handle any streaming or internet surfing you want to do. We are also impressed by the 8 MP back camera and 1.2 MP FaceTime HD front camera.

The stereo speakers are a serious step above any other tablet available and good enough that you won't be rushing to find headphones. We found that with 10 hours of batter life, recharges are not needed as frequently. Plus, the iPad only weighs just over a pound, so it's easy to carry with you wherever you go.

We would also be remiss if we didn't mention the fingerprint-resistant coating. For those of us who love a good snack while binge-watching, not having greasy fingerprints show up all over the screen is a welcome benefit. Additionally, TouchID is a great feature to keep your tablet safe and secure.

The Fire 7 tablet is the entry into the Amazon Fire tablet world, and we think, the best one. The 7-inch IPS display looks fantastic thanks to the 171 PPI resolution.

Though this tablet has 16 GB of storage, inserting a microSD card can expand the storage up to 512 GB. With the extra storage, it can hold about 304,640 photos, which is more than enough to store the photos from your recent Comic Con trip.

We found the 1.3 GHz quad-core processor had plenty of power for streaming shows and running Kindle.

The battery lasts about seven hours no matter what you're doing. It's the perfect amount to enjoy a few episodes, but not so long that you'll make it to 4am and realize you need to be up in three hours.

While not the most used feature, we appreciate that it has a 2 MP front and rear-facing cameras with 720p HD video recording.

Another cool aspect we like about newer generation tablets is that they are now Alexa hands-free. It makes them mighty helpful for the kitchen if you need a recipe or like listening to podcasts while you've got messy hands.

If you're looking to stream quality content, then it's hard to go past this Samsung Galaxy. The flagship in the Android world, it looks incredible thanks to the 10.1" Full HD corner-to-corner display with 1920×1200 pixels.

For streaming purposes, you'll appreciate the Dolby Atmos surround sound that comes on the galaxy. You will notice a clearer and bassier sound quality than you would with the stereo speaker that are on the other tablets on our list. It's not exactly surround sound like you'd get from a full system, but for a tablet it's pretty phenomenal. Plus, the battery can last up to 13 hours, so it's perfect for on-the-go streaming.

At only 1.03 lbs, it's also light enough to hold in your hands for longer periods of time without your shoulders giving out.

This is personal, but we appreciate that this tablet doesn't have a glass back. While the glass can feel nice in your hands, you won't have to worry about it shattering if you accidentally drop it.

One thing that could take a little getting used to is the power and volume buttons being next to each other. Occasionally, this may lead to a power down when you want a volume increase, but you'll get used to it.

Memory is expandable to 512 GB with an additional microSD card, allowing you to store your favorite episodes for easy watching on a commute or flight. 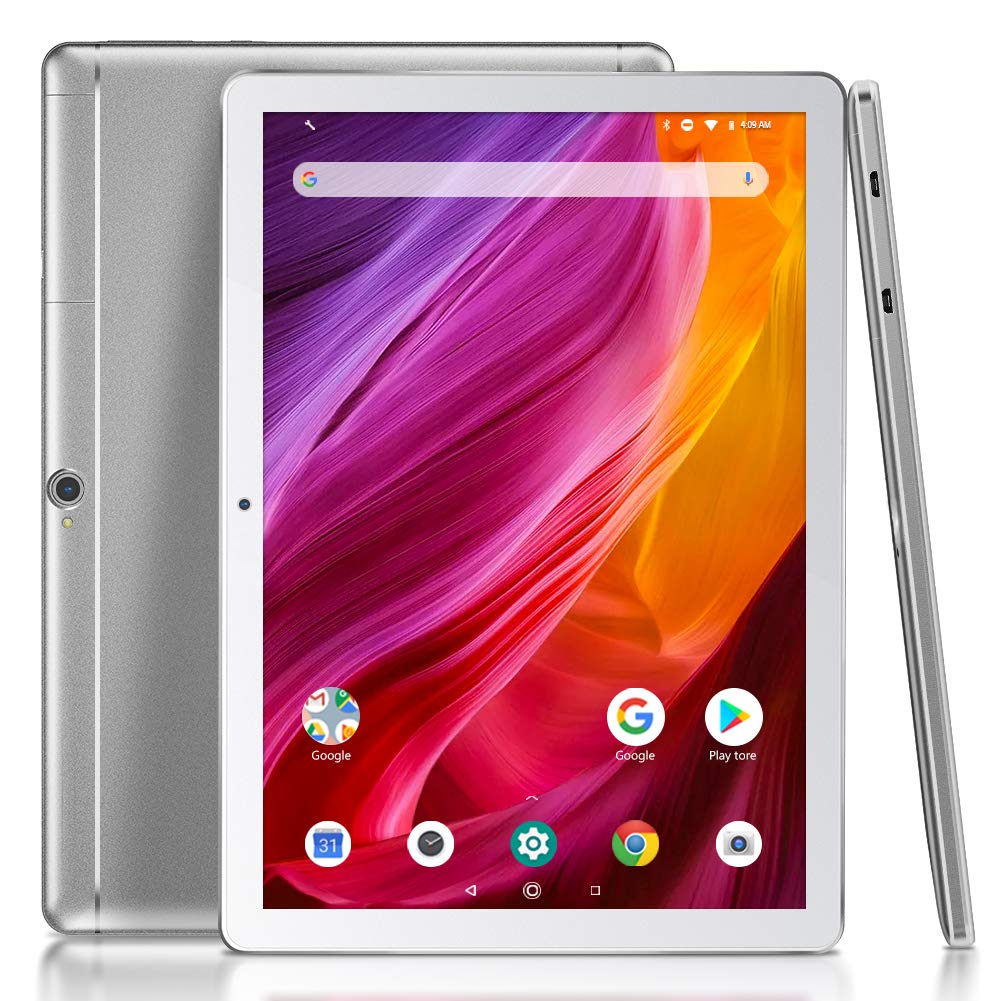 If you're looking for a budget friendly tablet with plenty of features, consider the Dragon Touch K10. Rocking a 10-inch display, this tablet has similar features to tablets that are quite a bit more expensive. The 1280×800 resolution combined with the 64-bit Quad Core CPU processor provides a visual that's more than enough for any of your streaming and video needs.

With 128 GB expandable storage you'll be able to store about 8-10 hours of video, or 18,800 photographs, but it will require an additional microUSD card.

What we found really useful was the micro HDMI port that allows you to connect with smart TVs via HDMI cable. The Dragon Touch battery provides up to five hours video playback and up to seven hours reading time––though not as long as the other tablets on our list, this is still plenty of time.

It is a bit heavier at 2.05 pounds, but if you're using a stand or laying it on a surface this won't make a difference.

Since the built-in speakers on the Dragon Touch aren't as high-end as the surround sound speakers on the Samsung Galaxy Tab A, we recommend plugging in a pair of headphones to get cinema-worthy sound when streaming.

Our Buyer's Guide For The Best Tablets

We at CinemaBlend know how overwhelming buying a new tablet can be––that's why we wrote this buyer's guide of technical terms you may come across while shopping.

Pixels Per Inch (PPI) is a measurement used to define the resolution of a computer display. This metric evaluates the picture/image quality that a particular computing or output display device is able to display. The higher the better, but standard web resolution is about 72 PPI.

A central processing unit (CPU), also called a central processor or main processor, is the electronic circuitry within a computer that executes instructions that make up a computer program. The CPU performs basic arithmetic, logic, controlling, and input/output (I/O) operations specified by the instructions. A quad-core processor is a CPU with four independent units working together. The Apple A10 is a form of quad-core processor. More processors is normally seen as more power, but quality or chip matters too.

Megapixel (MP) refers to the size of an image, usually in reference to a photo from a digital camera or camera phone. For reference, the latest iPhone has a 12MP front facing camera.

When referring to a computer processor or CPU, GHz is a clock frequency, also known as a clock rate or clock speed, representing a cycle of time. The more gigahertz, the faster your tablet will be.